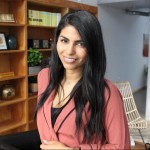 Although Election Day 2020 is over a year away, it’s safe to say that it’s already a hot topic on people’s minds. And while you’re probably familiar with the 10 Democratic hopefuls challenging President Donald Trump, it’s also worth noting that all 435 House of Representatives seats are up for re-election, as are 34 Senate seats.

If you’re working behind the scenes of one of these campaigns, are running yourself, or have plans to become a politician someday, check out this political campaign checklist.

Just like when you’re building a personal brand, clear messaging is important when you’re growing a political campaign. Presidential candidate and Senator Elizabeth Warren has made the tagline, “I Have a Plan for That” a major part of her campaign — a bit of a jab at fellow candidates who haven’t really explained how they’re going to bring change to the White House. And whether you agree with her politically or not, it’s no doubt an effective way to get constituents to get to know you.

If you’re running a campaign of your own, make sure you know exactly where you stand on the most important issues in your state or country, start to develop plans around them, and most importantly — talk about them through clear messaging online and off.

Former President Barack Obama ran a revolutionary campaign in a number of ways, but one of the most memorable aspects of it was his logo. Similarly, President Donald Trump’s ‘Make America Great Again’ logo and tagline were simple, to the point, and eye-catching — particularly when worn on the signature red hat.

Any modern political candidate needs to invest in a logo. It serves many purposes and helps spread your message in a number of places; from social media profile pictures to t-shirts, mailers to podiums.

Remember that part about developing a clear message? Well, having a place to put it is important, too. Nowadays, voters are researching candidates thoroughly, taking in every bit of information about them that they can. Having a well-populated, detailed website will give voters everything they need to make you their first choice. It will also give them a portal to donate to your campaign, which is a crucial part of staying in the race and on the debate stage.

Mayor Pete Buttigieg took a very Millennial approach to his campaign website by offering a logo tool that allows his supporters to put together their favorite color pairings, download them, and spread the word.

It’s important to share content regularly, respond in real-time to current events and breaking news, and connect with prospective voters and supporters. Using a social media management tool will allow you to schedule content, track hashtags, and provide inbox support without being glued to your phone 24/7.

There are several great social media management tools on the market, from Hootsuite to Sprout Social. Most of them will allow you to add multiple users to your account, so that someone can still be plugged in, even when you’re up on that debate stage.

If 2016 taught us anything, it’s that political campaigns can sometimes get a little ugly. Why make the campaign process more stressful with reputation-ruining Google search results? After all, voters are flocking to the Internet more than ever to learn about their options. Since search results are often the first place people go to learn more, you’ll want to make sure your results reflect you positively.

Using Marple will allow you to keep tabs on what’s being said about you online, and take your data into your own hands. Using your first and last name is a no-brainer, but you can also keep track of your email address or a tagline (for example, in addition to his name, Bernie Sanders would want to add his campaign slogan, “Not me. Us.” to his Marple account.) Signing up for Marple is easy, and your first search term is free.

Political hopeful or not, can you afford not to know what’s being said about you online?

How to Create a Personal Branding Statement